Star One Credit Union has again posted impressive numbers greatly surpassing the previous quarter’s industry average dividends-to-income ratio in the second quarter of 2017, according to a recent article by creditunions.com.

Delivering the most direct financial benefits to members

Credit unions’ commitment to returning funds to their member-owners has been growing along with membership itself. As of the second quarter, dividends for the industry, on an annualized basis, are projected to surpass $5.5 billion.

The dividends-to-income ratio is used to measure the portion of earnings that credit unions return directly to their members, quantifying to an extent the focus an institution places on returning value to its membership. With a higher ratio than the national average, Star One is delivering the most direct financial benefits and inherent value to members compared to other banks and credit unions.

According to creditunions.com, the industry average of dividends-to-income ratio in the first quarter of the year was 9.5%, and for credit unions with assets between $1 billion and $10 billion, 10.5%. Star One reported second quarter 2017 ratios at 28.9%, nearly three times more than both the industry and credit union averages for the first quarter.

The Star One difference

The credit union’s average dividend paid as a percentage of shares increased 16 basis points year-over-year to 0.96% in the second quarter of 2017. Average share balances increased $5,551 in the last year to total $62,499; as a result, savers are enjoying increasing returns as they deposit more money with the institution.

A potential operational drawback to this generous return to savers is a high cost of funds. The cost of funds ratio represents the expenses an institution incurs on deposits as a percentage of average total shares. At 1.1%, Star One paid depositors 52 basis points more than the national average in the first quarter of 2017. Increasing a further 5 basis points in the second quarter, cost of funds for the credit union continues to be on the rise. Star One has been able to successfully manage this however, as share growth is well above the national average at 14.3%. The total dollar amount of share balances increased $244.7 million in the last quarter, evidence Star One is expanding its share portfolio while at the same time it’s paying more to its savers. 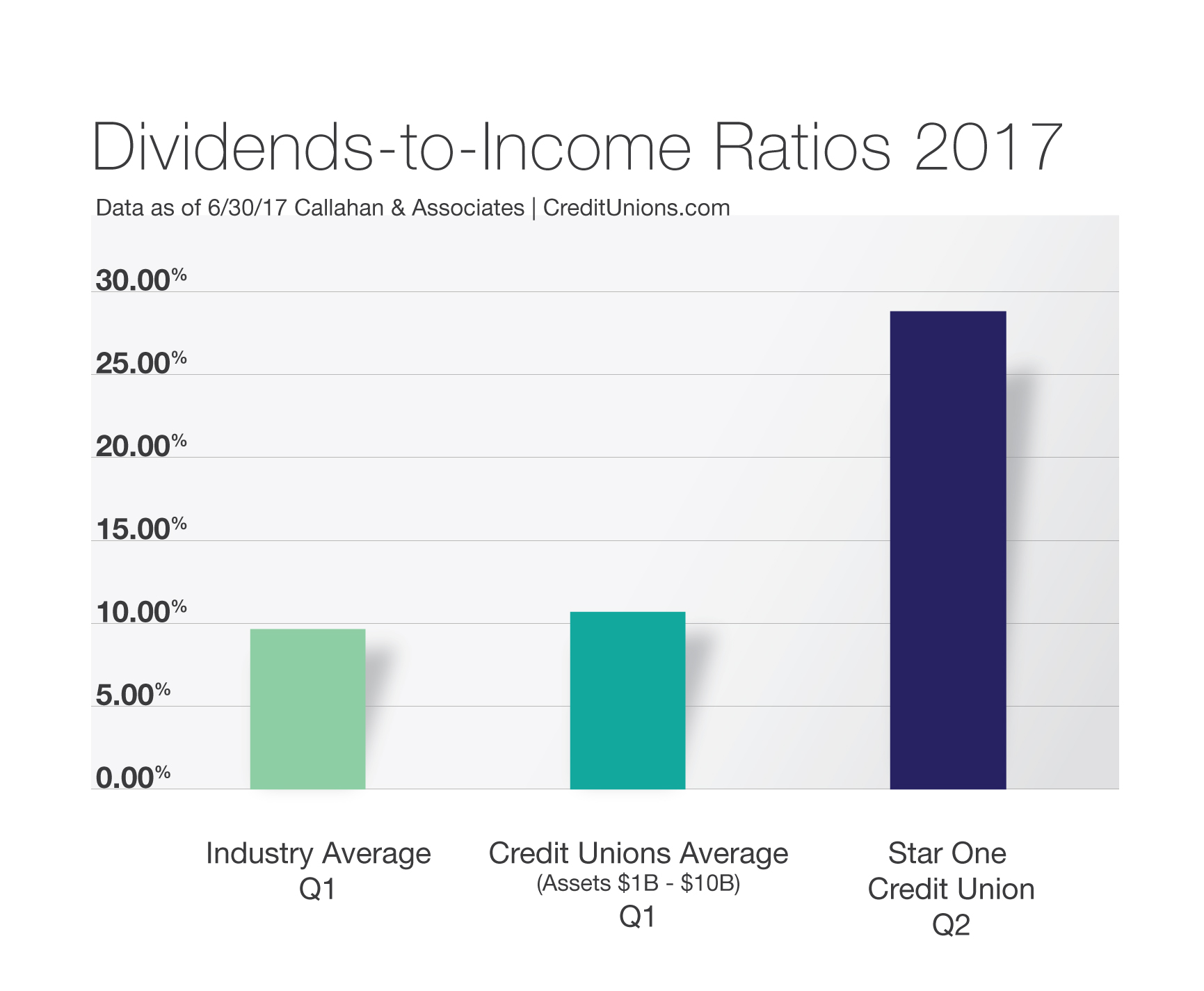 If you are unable to log in during that time, please try again later.

Our extensive ATM network will remain available during the brief outage.